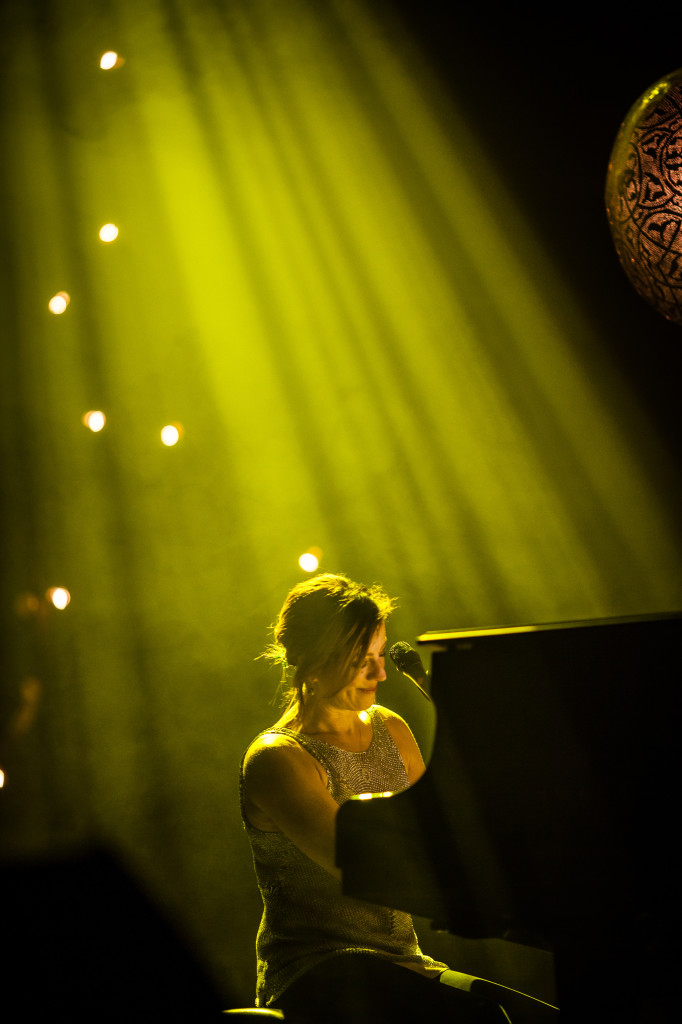 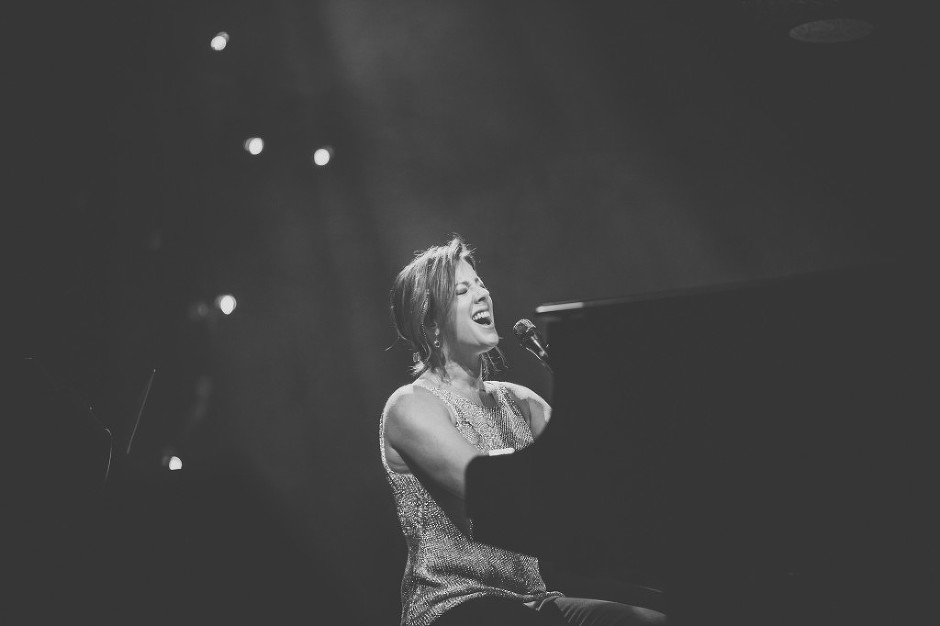 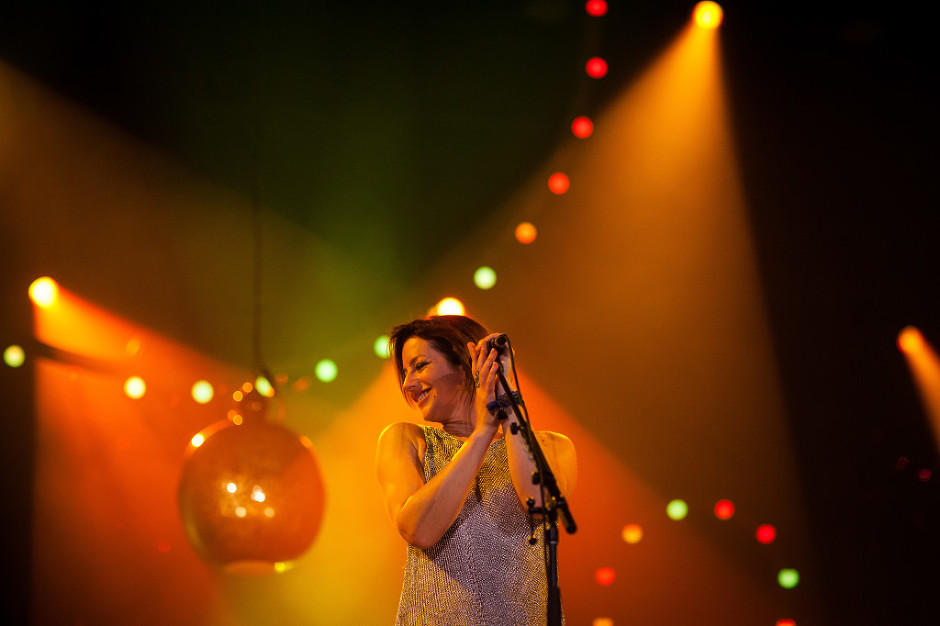 I have been waiting YEARS to see Sarah McLachlan – no exaggeration – and the concert she played here in Corner Brook last weekend as a part of her Shine On tour was unreal. and somehow, by some stroke of luck in combination with my amazing aunt who stood in line for hours to get tickets – I ended up front row.

now, my friend and I were front row right. so I had an amazing side profile of her when she was at the mic, but when she sat to her piano… we were left with her very expressive forehead, and that’s it. however… the front row (dead-center) seats were empty and right in front of my family who was second row center (and texting me in a flurry to get up and come over).

I kept texting “I’m not moving, I’m not moving” because hello, we were a) on display in front of a pretty full stadium, and b) I already watched security seat one woman who was up and on the move with her camera. no thanks. and then before I could really process it I’m already standing up and on my way and just remember thinking well, guess I’ve committed now.

I almost crapped my pants. as soon as my butt touched the dead-center seat and I lifted my camera, she broke out into Adia and I could have fallen apart.

it was pretty surreal. she is such an artist, and her voice flawless.

and no, I’m not a total hole. as soon as she was finished her first set, back to my friend and original seat I went (just when the the actual seat owners showed up).

so worth it. best night!