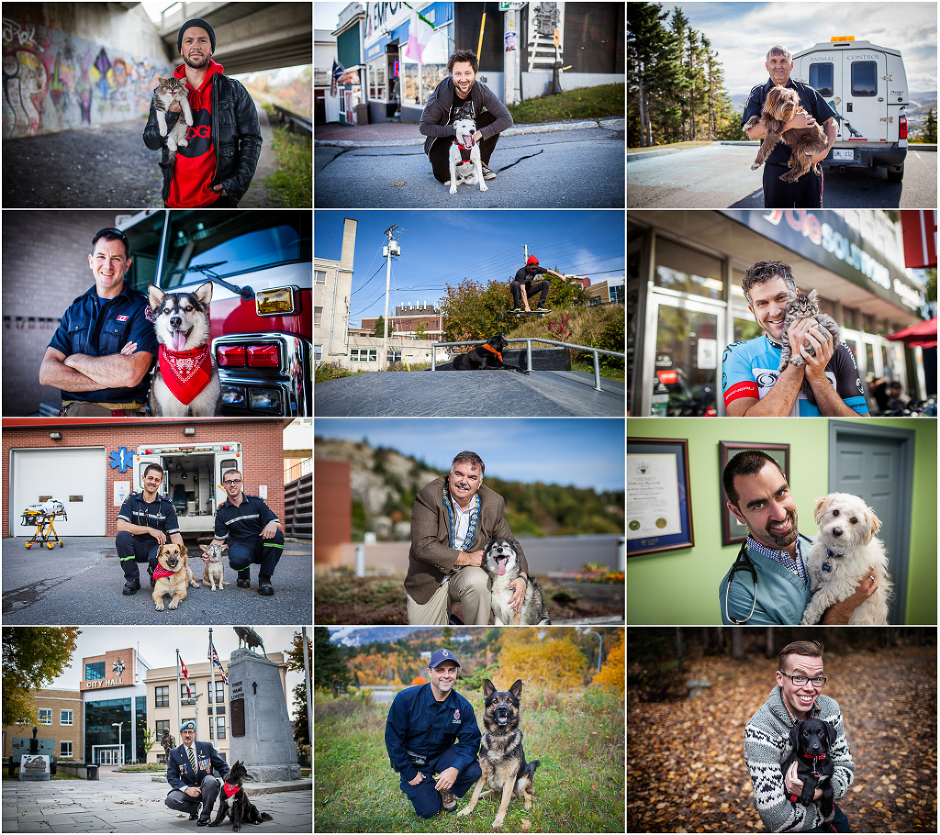 this project was pretty time consuming – and I loved every minute.

when the Bay of Islands SPCA here in Corner Brook started tossing around the idea of putting out a calendar containing men of the community with rescue animals as a fundraising effort, the more I heard about it the more I thought JUST SIGN ME UP ALREADY. they have a mountain of work ahead of them to get into their new shelter in Hughes Brook. we’re talking tens of thousands. and a then few extra tens of thousands on top of that.

the men of the calendar are:

here‘s a feature the Western Star recently did a feature on firefighter Jon Patten for it too. so wonderful that the physical calendars haven’t even made their way into our hands yet and the support is already rolling.

if you’re interested in getting one, the calendars retail for $20 each and heres a few ways you can get in contact/pre-order until we receive them in a few weeks:

and if you’re local and you’d like to pop by the shelter to pay, they can take cash/credit – as well as any food/litter donations you feel like passing along as well.

I also feel pretty compelled to mention: this is not a sexist deal ; ) just a long term fundraising plan that is set to feature the women of the community in 2016!